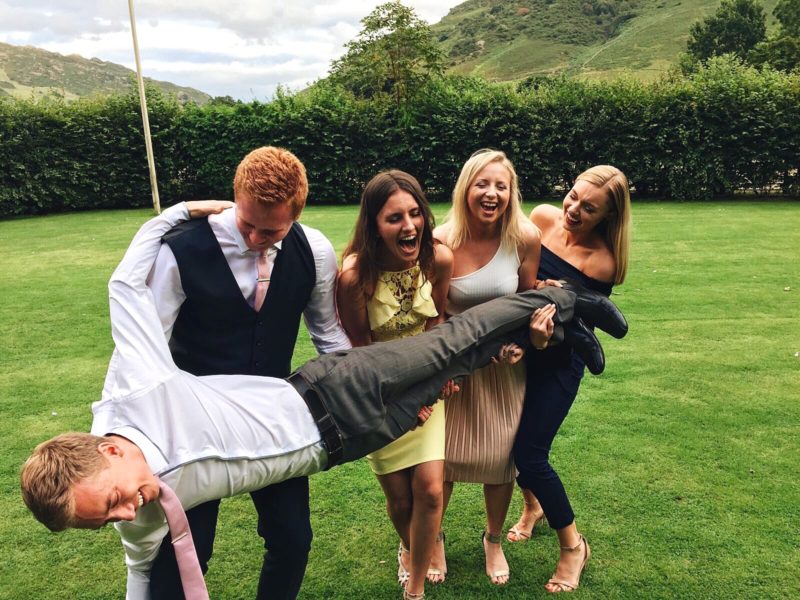 Did anyone watch BBC Two’s ‘Absolutely Fashion: Inside British Vogue’ documentary? I managed to catch up with it last night and almost regret doing so. Unfortunately, what I witnessed wasn’t the smart professionals that I hoped to see buzzing happily around the world’s most prestigious fashion magazine, but instead a bunch of women who cowered in the presence of their boss, afraid even to speak, let alone contradict. The fun that’s meant to go with fashion was completely zapped away, and the Vogue office seemed, well… lifeless. As soon as you start making fashion serious, it becomes silly. A trillion dollar industry it may be (trust me, I’ve googled it), but we’re still not curing cancer or fighting world poverty. And that is fine. Fashion is a type of entertainment, and that means the supercilious, sober attitudes need to go. A reinvention is needed. Thank goodness, at a time when I’m entering the industry, can I feel a slight change in the air. Blogs and social media have made it easier for ordinary, nice girls to become part of the fashion scene. It’s a place no longer reserved for children of rock stars and the London elite, but is becoming a world where bloggers are amongst the most influential in the industry.

Something I’ve been really keen to demonstrate on my blog and social media is the wearability of the clothes I’m taking pictures of. While I enjoy seeing girls artfully draped around New York lampposts in Ellery silk dresses, I much prefer getting to know a blogger and the life they lead behind the clothes. And if bloggers conform to the standards set by glossy magazines, then we’re surely taking one step forwards and two steps back?

Initially I planned this post to be published later in the week, but having watched ‘Absolutely Fashion’, I was half enraged and half spurred on to demonstrate a different side of fashion. It’s a shame that fashion is notoriously a venomous, nasty industry, because for me it’s something that creates so much joy! So this post is dedicated to getting to know my life, the clothes that I really am wearing, and the fun that I’m having in them!

As far as summers go, this one has been up there with the best of them. My best friend Sam (who studies in America) and his American boyfriend, Trev, came over for a month-long holiday to visit friends and family. Given that the clock was against us, we managed to pack in as many things as we possibly could, one of which being Sam’s mum’s wedding!

Along with my best girlfriends, Isabel and Lucy, we travelled up to the Lake District wedding venue where we met Sam and his family for evening celebrations. Situated in Langdale Valley, the hotel was secluded by mountains, set in beautiful grounds. As the wedding was a low-key, family event, we gathered in the cosy lounge area for drinks and chatting in the early evening. Later, as the older guests went up to bed, the young ones headed into the hotel’s bar where a live musician sung Queen, The Beatles and Lynyrd Skynyrd into the early hours. The bar led on to the hotel’s patio area where we danced on the tables under the moonlit sky. After a night of laughing, dancing and drinking, we tentatively went down for breakfast the next day where we devoured a full English breakfast, followed by a stroll up to the waterfall just next to the hotel. Heading away, we took home treasured memories -and maybe a few headaches too! 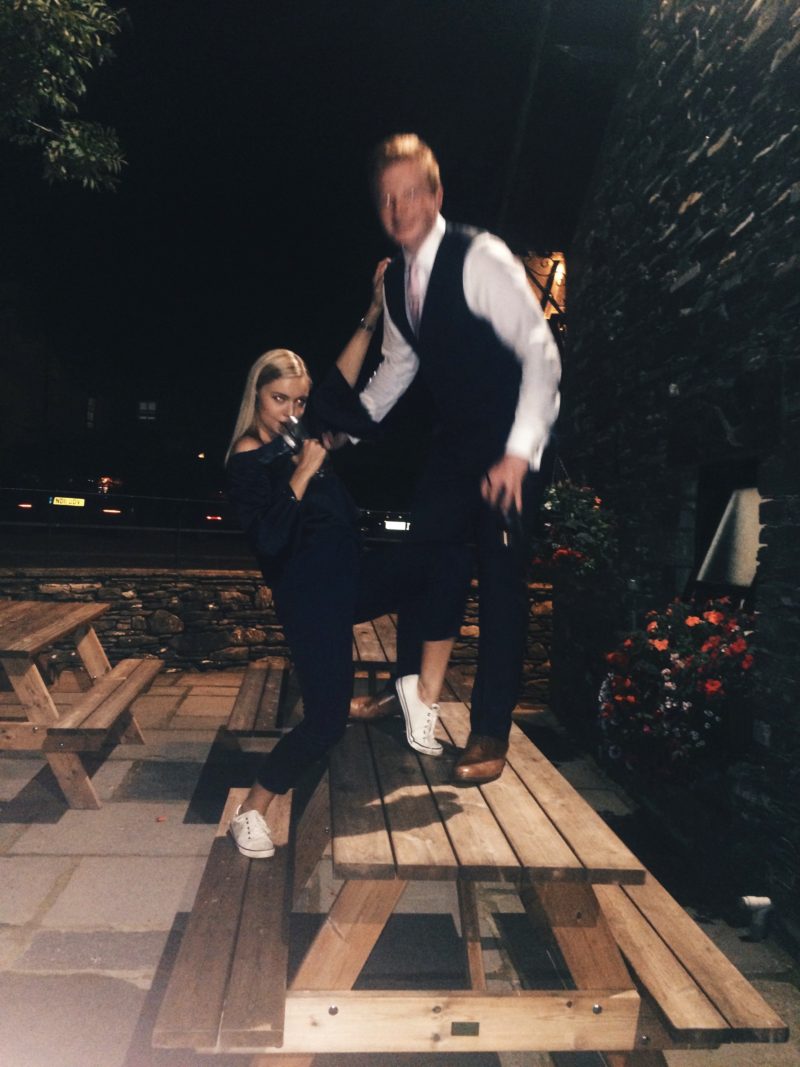 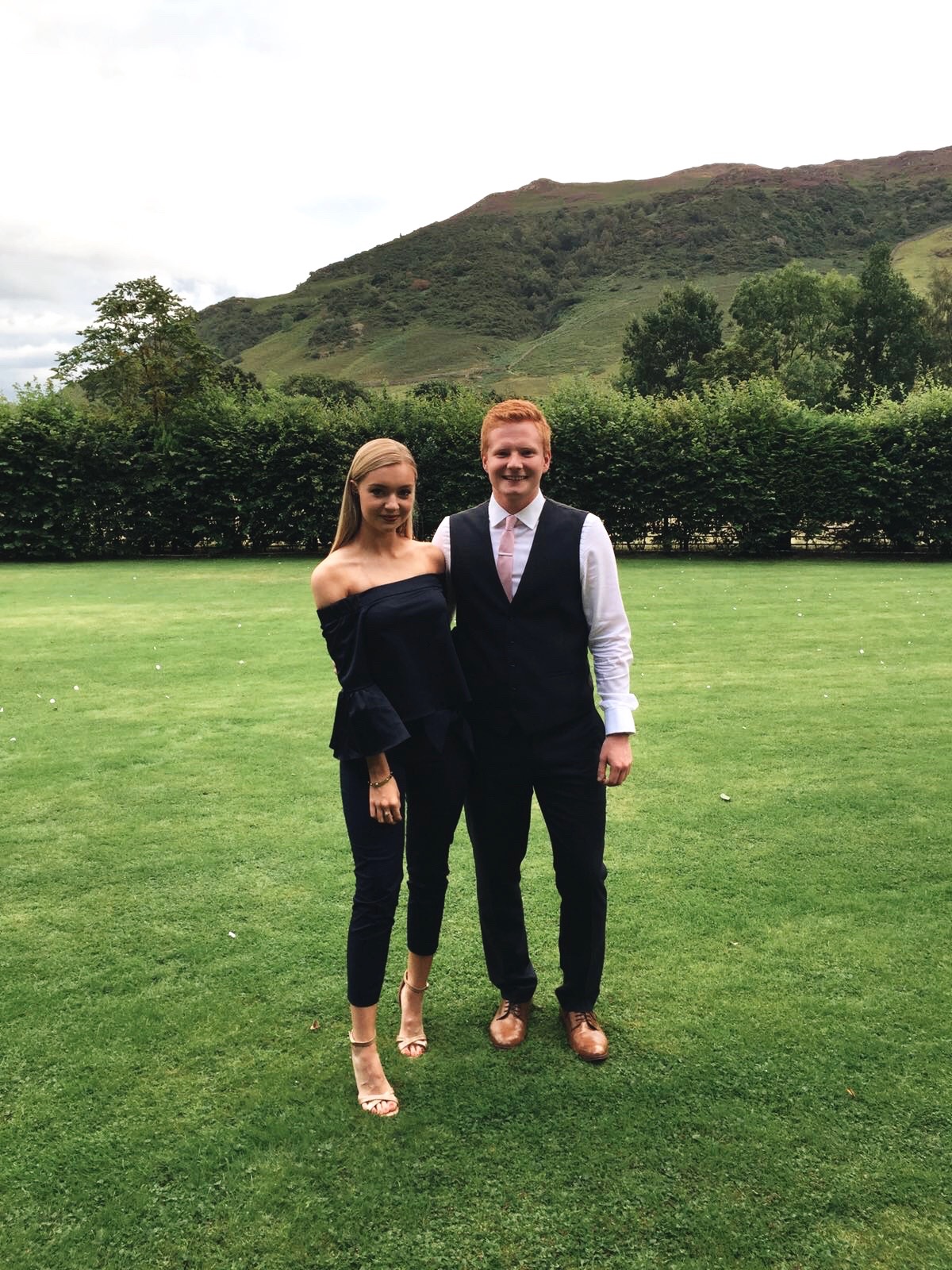 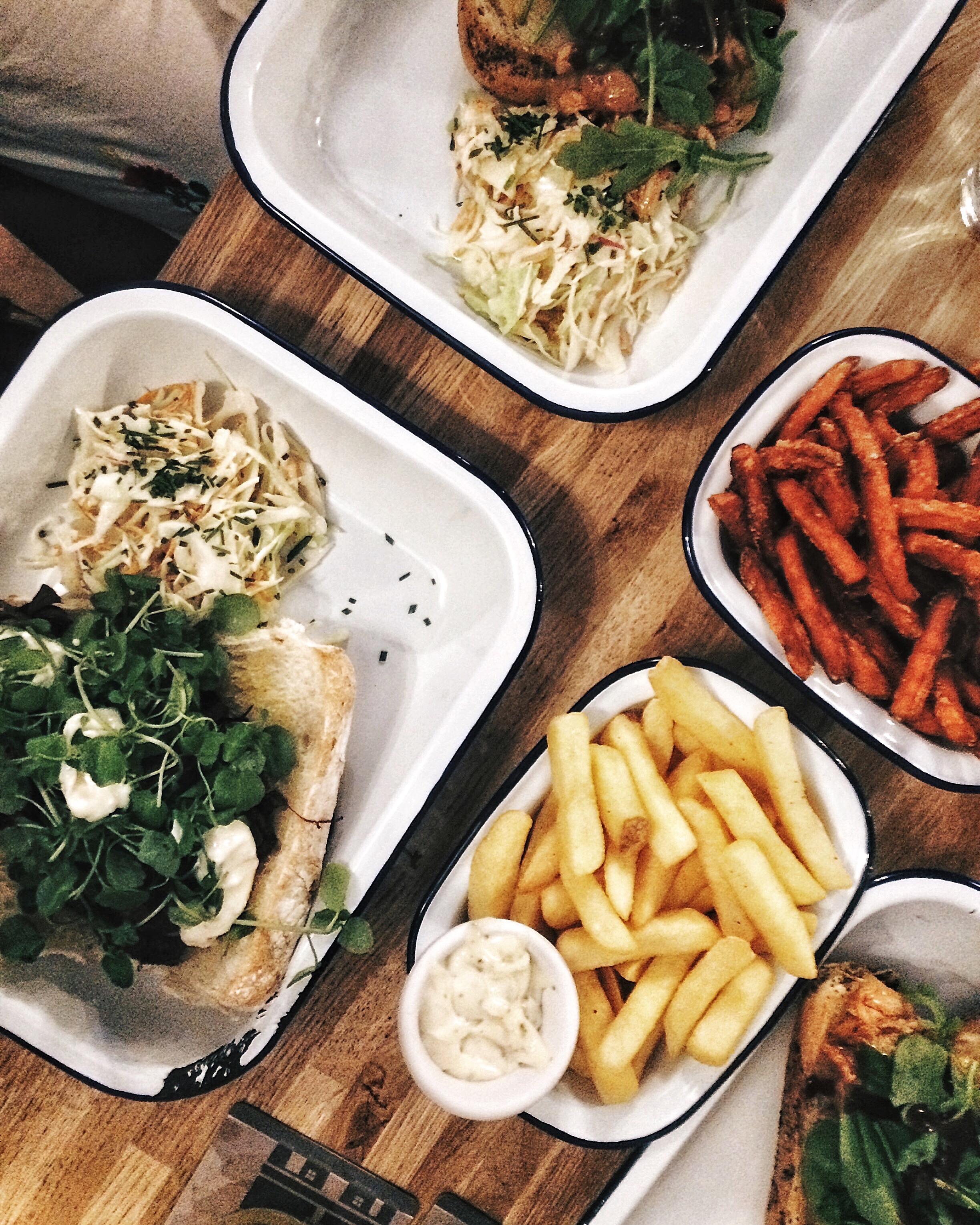 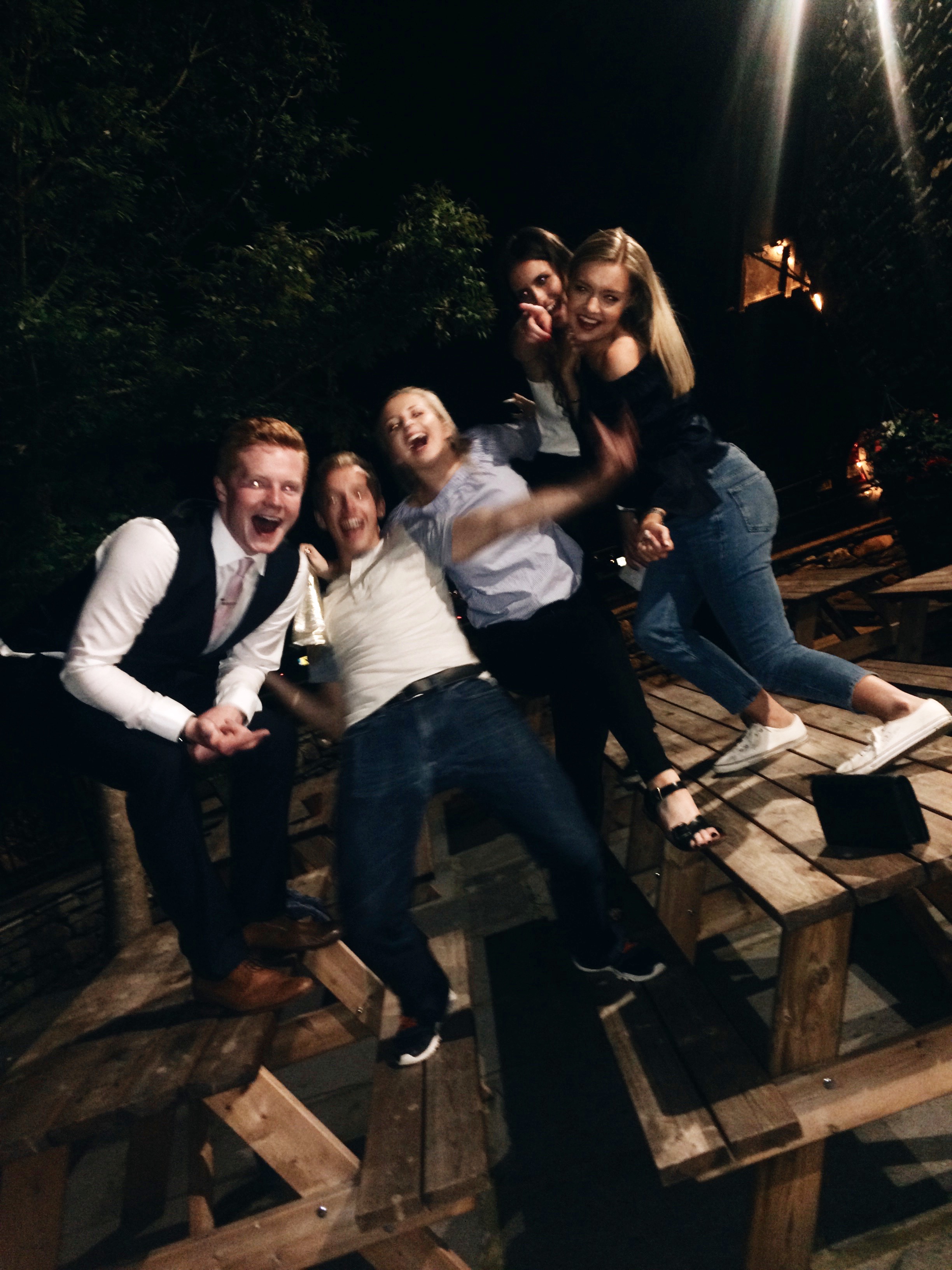 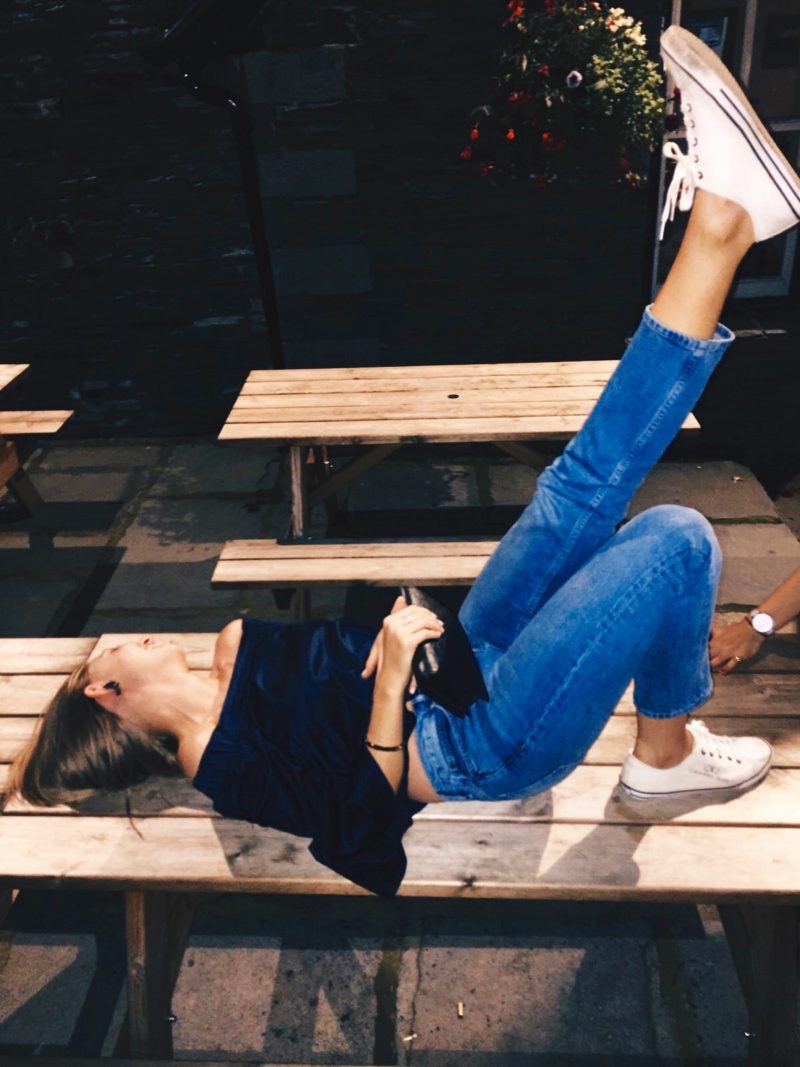 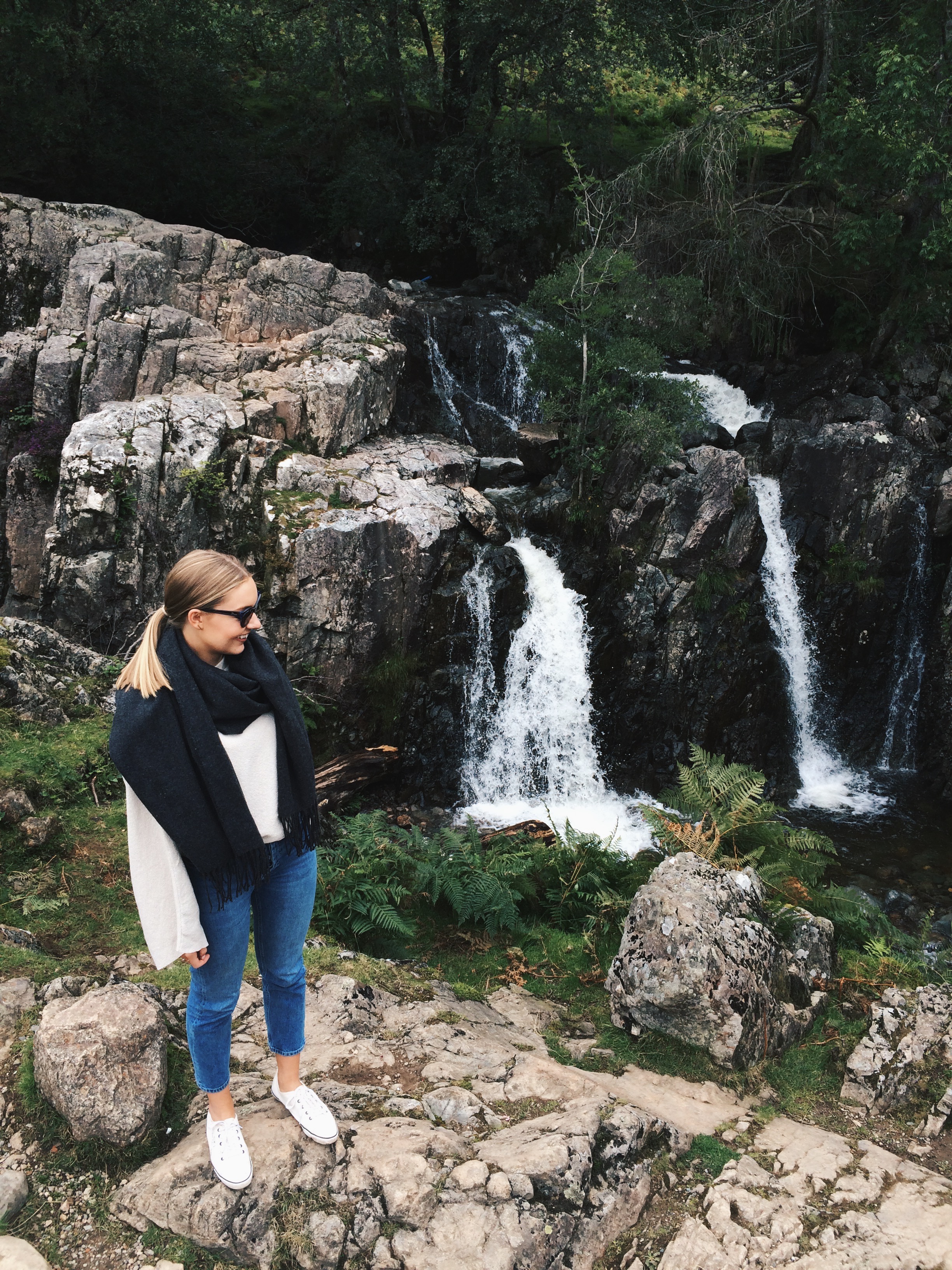 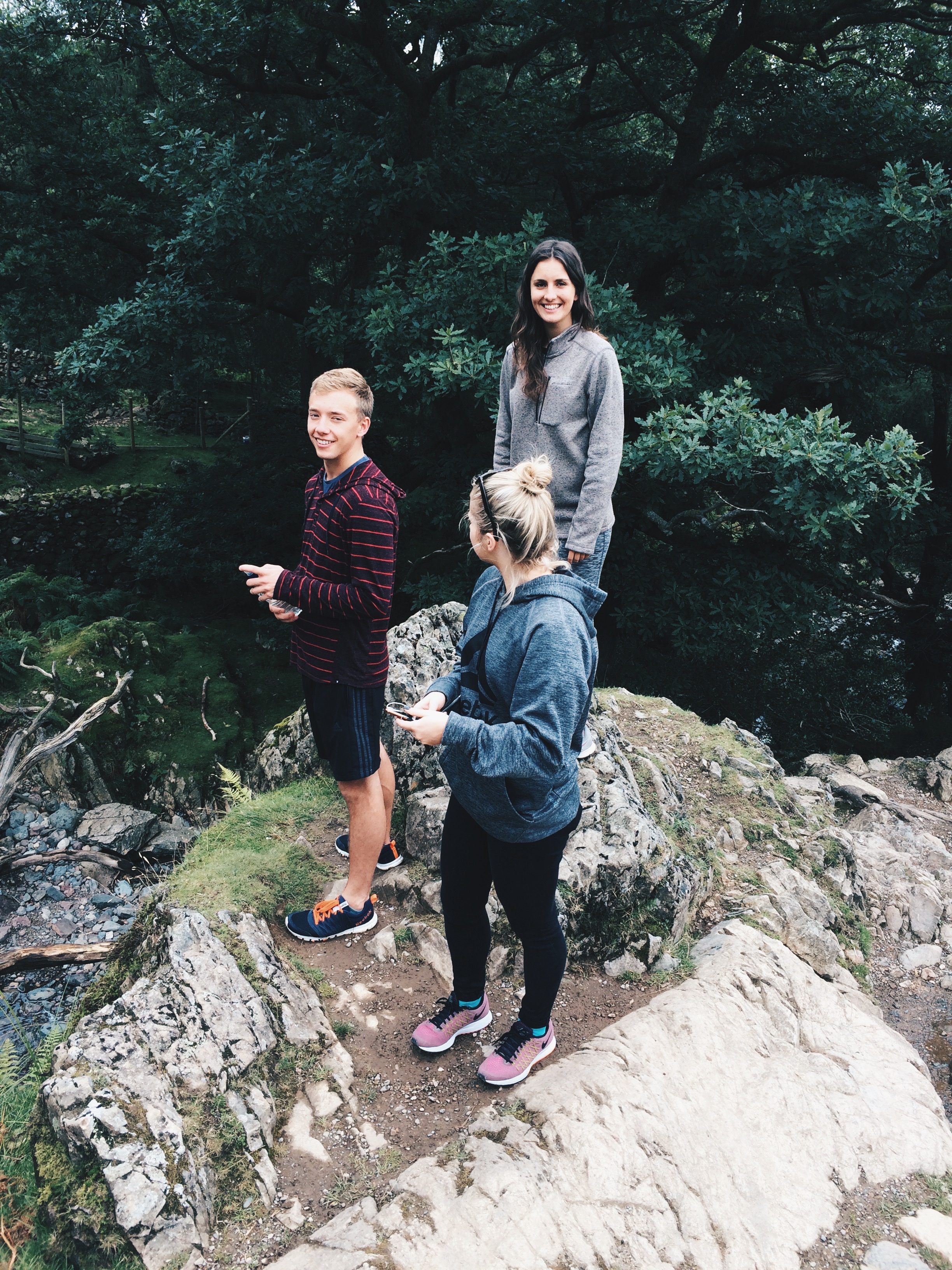 Another weekend, Sam and Trev invited us to celebrate with them at the Manchester Pride event followed by a party at Sam’s, reuniting us with all our old school friends. Several years of friendship has meant that Lucy and I have practically morphed into each other, so for anyone wondering, on the picture below I’m wearing the Zara striped dress (which I did a post on here), and Lucy is wearing Topshop pink trousers! For the party afterwards I wore a Zara faux-leather dress given to my by my auntie (similar ones are here and here) and nude shoes as above! 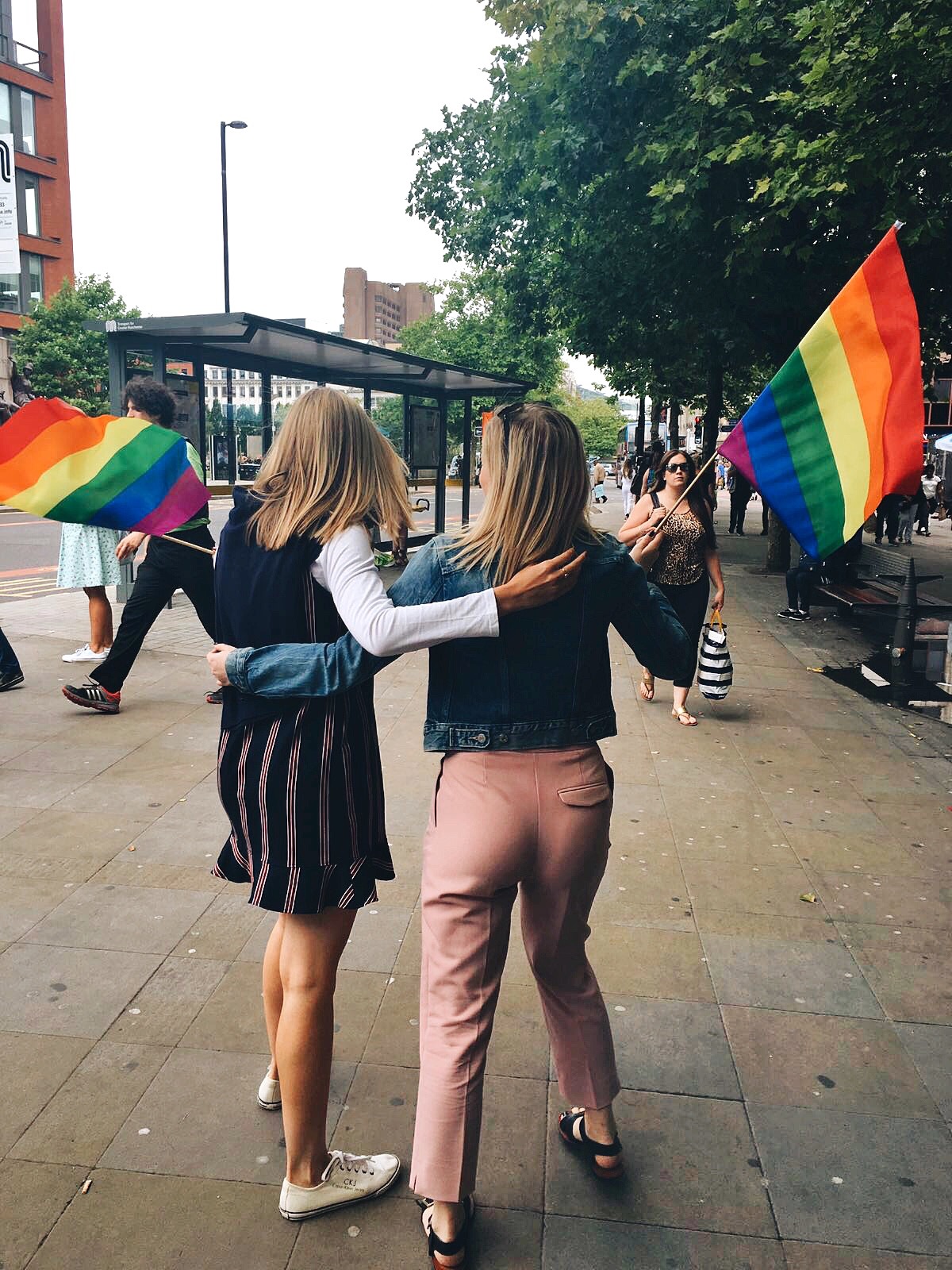 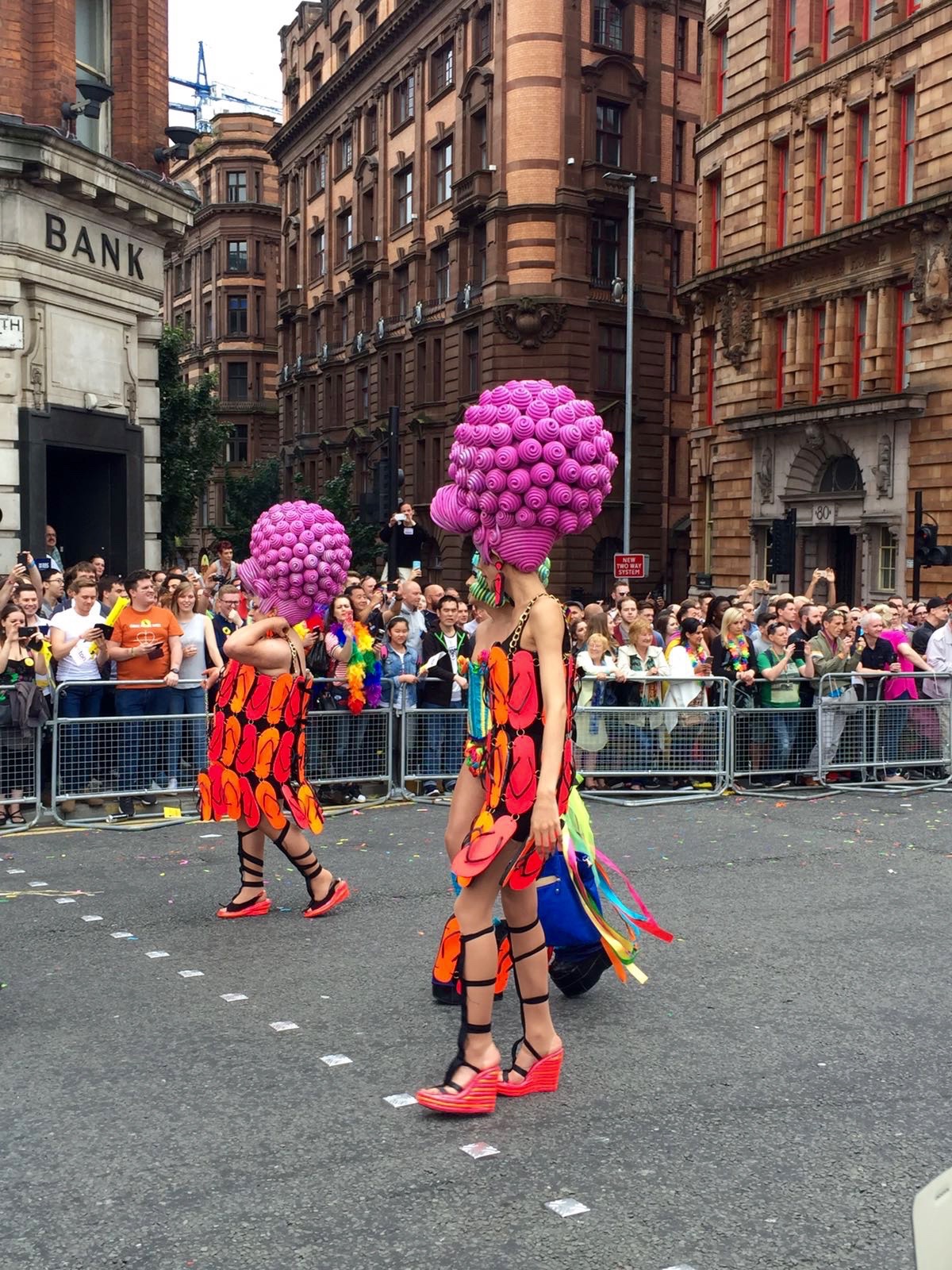 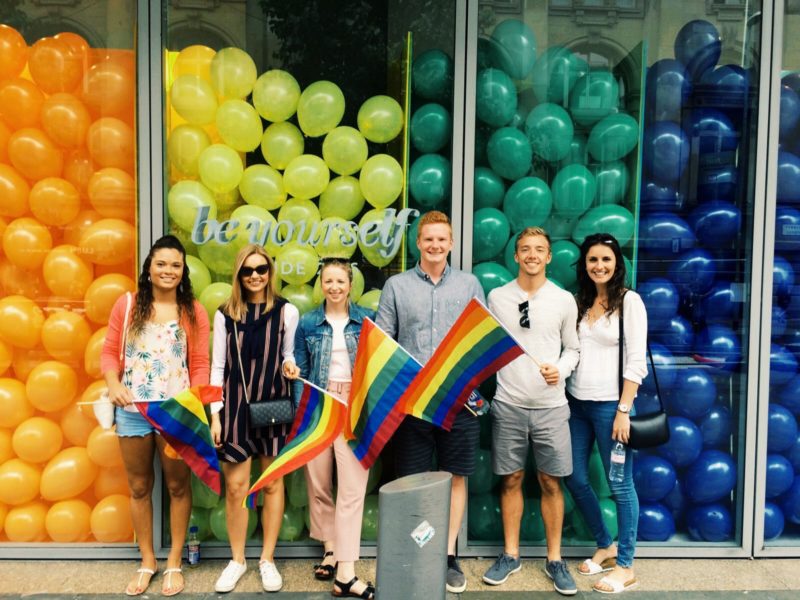 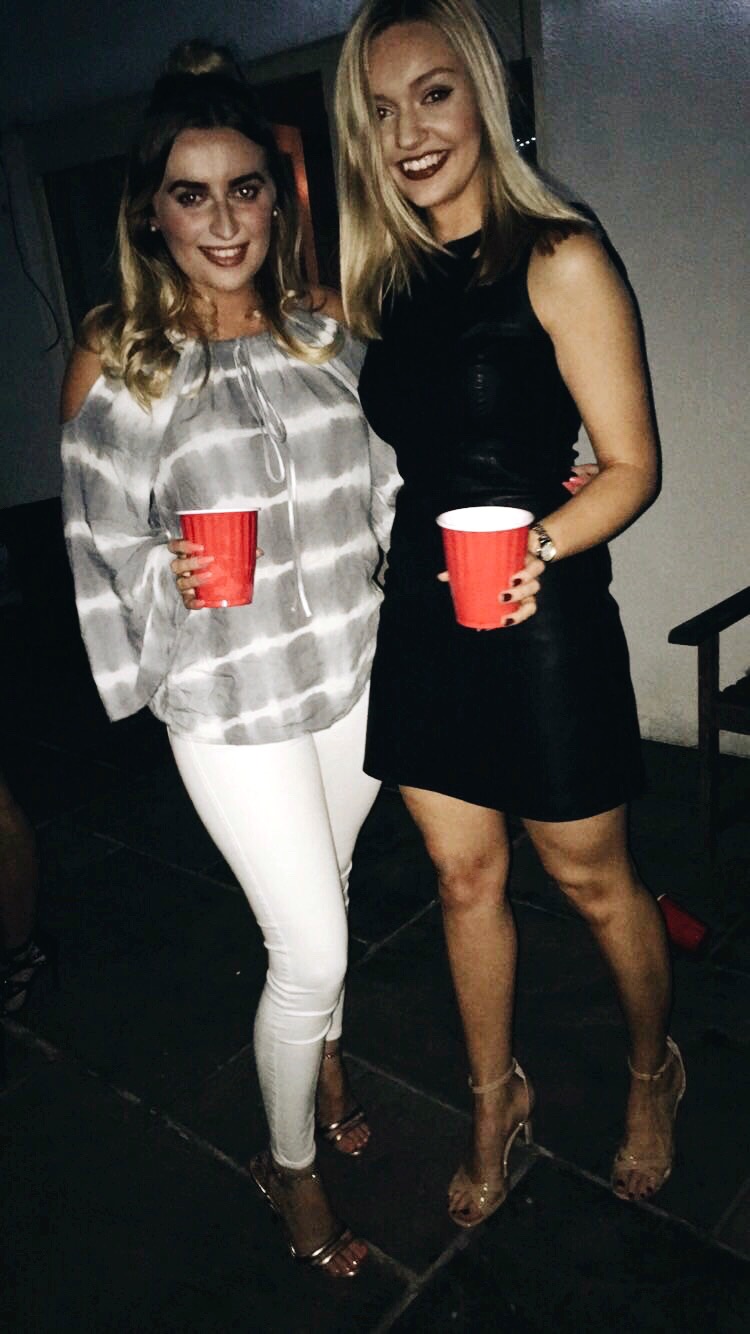 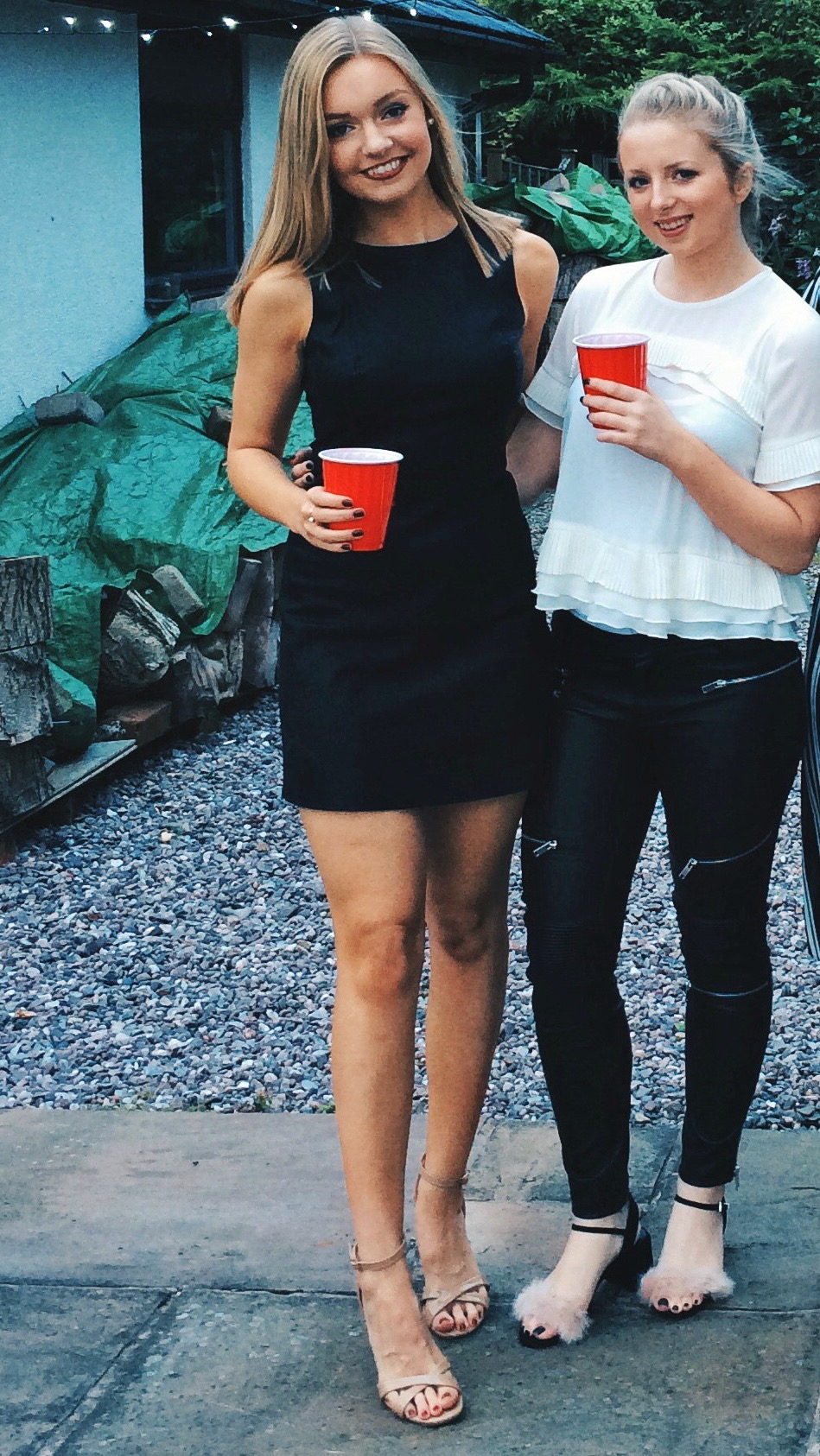 Finally, on their last weekend in England, Sam, Trev, Lucy and I headed into Manchester for a night out. We first went to Cloud 23 Bar in The Hilton Hotel, where floor-length windows provide panoramic views of the twinkling lights of the city. After drinking our rosé we decided it was time to dance so went to Deansgate Locks for our last partying session! 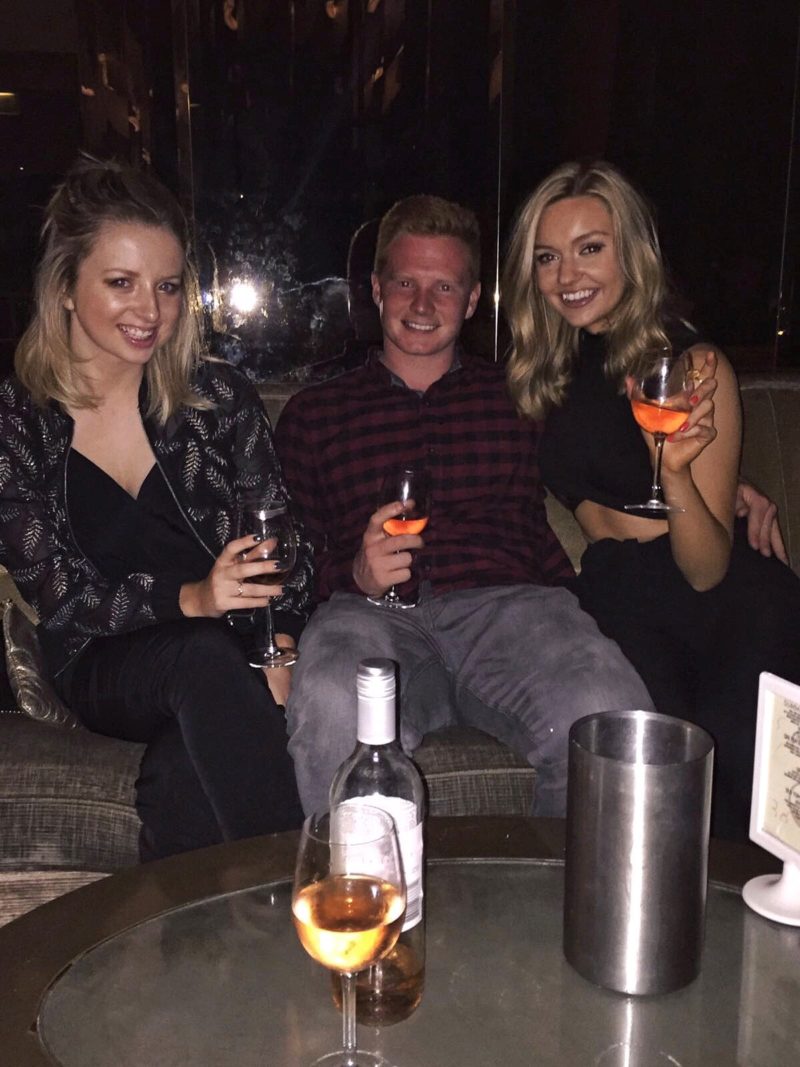 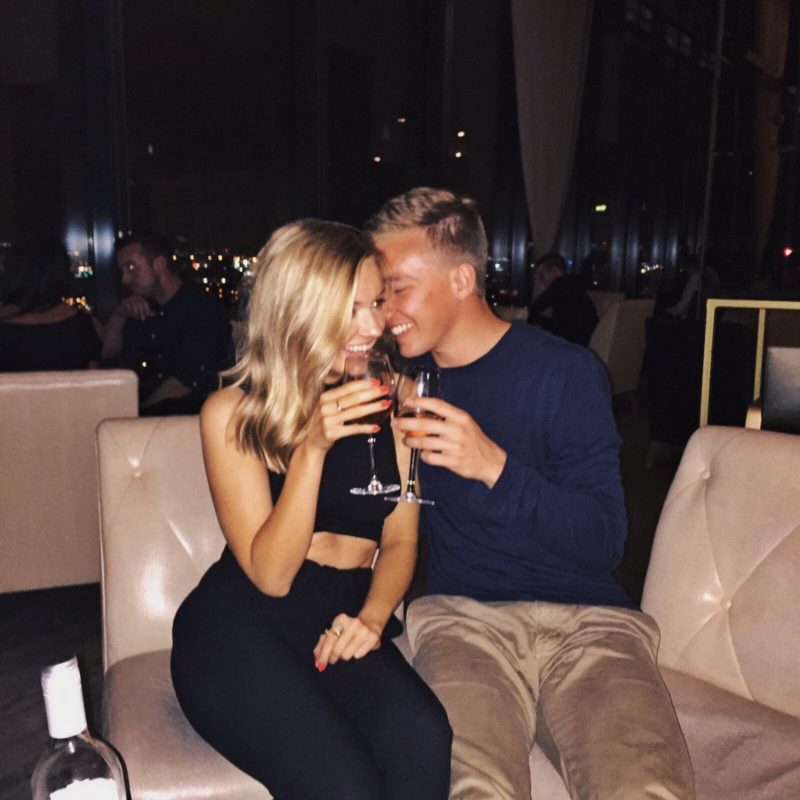 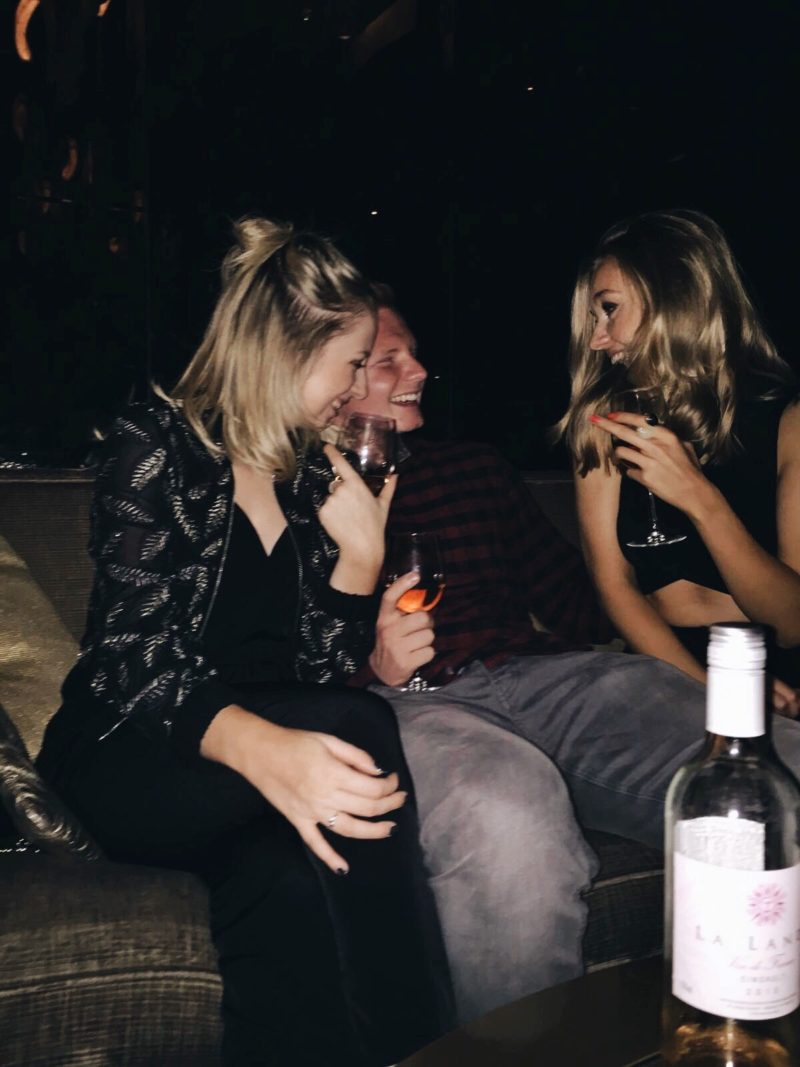 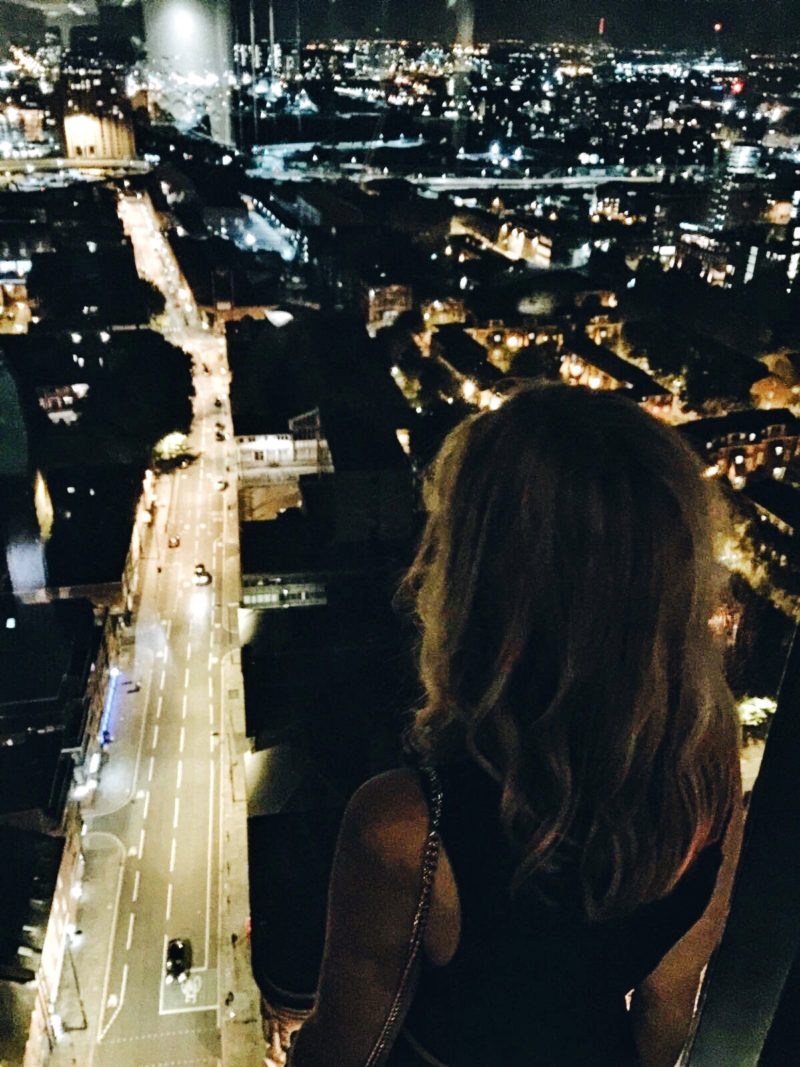 So I guess this post as well as being celebration, is also a caution. Don’t allow yourself to be sucked into believing that Kate Moss has more power than even Henry V111 could have dreamed of, or that if it isn’t in a high-status fashion magazine then it means you shouldn’t be wearing it. I for one, want to applaud the success of the ‘Instagram generation’ for altering these attitudes. Those individuals who have managed to gain success in the industry but still remained true to themselves; it’s something to be commended. Perhaps, then, this new wave of influencers are just the start of the changing voices and attitudes of the new generation in fashion…

…And I, for one, will cheers to that! 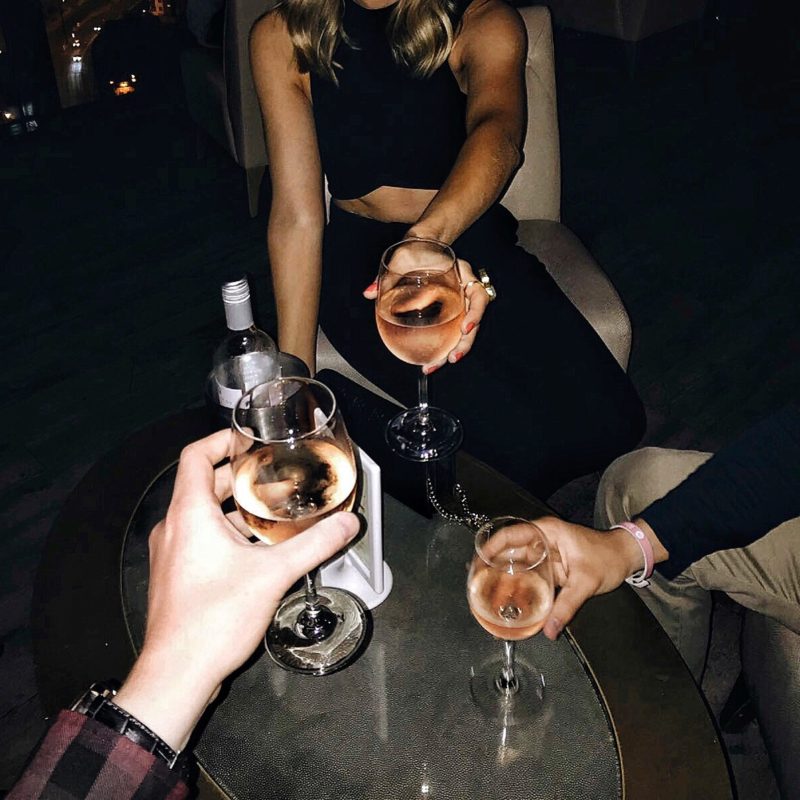